The list of all banned and restricted cards, by format, is here.

To ban, or not to ban Nexus of Fate? It’s been quite the debate.

There are a lot of things we look at when deciding whether to ban a card, but ultimately, it comes down to answering two basic questions:

When it comes to determining the overall power level of a deck, there are a lot of data points we can take into consideration. We can look at the metagame and see whether it’s stagnated due to a dominant strategy, or if there is diversity in the deck archetypes people are playing. We can also look a deck’s win rate, and how other decks in the format fair when matched against it. And if either of those scenarios appears to show an issue, we try to identify which card(s) may be pushing the deck beyond format-healthy power levels.

Nexus of Fate doesn’t really fit any of the power-based criteria for banning. While it made a bit of a splash leading up to Pro Tour 25th Anniversary and the reemergence of Turbo Fog as a Standard-legal deck archetype, it only appeared in six out of the 165 Standard decklists, none of which made it to the Top 4. Looking at recent Grands Prix, the last time Nexus of Fate made it to the Top 8 was in the hands of Eric Froehlich during GP Los Angeles back in August. With the release of Guilds of Ravnica, and the rotation of both Kaladesh and Amonkhet blocks, we saw the meta reshape itself, which is usually a good indicator of a healthy format. Nexus of Fate still had a place in a few control decks, but it was by no means dominating the format. Standard has continued to be a diverse play environment, supporting a number of archetypes and counter play between them.

Despite all of this, Nexus of Fate continued to be a hot topic of discussion, particularly when it came to MTG Arena. We’ve talked about it, we’ve seen our pro players talk about it, and we’ve seen our community talk about it. Since most of the conversation had very little to do with its overall power level, this brings us to the next question we try to address when we consider banning a card.

2. Is the card disrupting normal play?

This is, admittedly, a rather subjective criterion and is one of the reasons why we’ve thought long and hard about how we wanted to address Nexus of Fate. This isn’t the first time we’ve taken into consideration the disruption of normal play when it came to determining whether a card warranted a ban: the Eggs deck is probably the most prolific example of this, but we’ve also seen it play a factor in the more recent bannings of Aetherworks Marvel and Krark-Clan Ironworks. As anyone who’s been looped by a Nexus of Fate can attest, the card can easily and significantly disrupt normal play.

The tricky thing with this situation is what makes Nexus of Fate frustrating—a combination of its design and how technology handles the ability to repeat actions. You typically don’t run into the same situations in tabletop because our rules do allow for certain shortcuts. When looping a sequence in tabletop, if both players mutually understand what’s going on, it’s okay to fast forward until the loop is broken—either because the game is won, or the player looping has reached their desired board state. Worst case scenario, players in competitive play can also call over a Judge to keep a stalled game moving. The same cannot be said for digital environments where you must explicitly identify each game choice every time you wish to make it. There’s no calling over the games rules engine to explain the situation so you can skip ahead, or to issue a ruling on whether the actions taken could be considered stalling or slow play (at least not yet!). Part of the challenge with these kinds of loops is that even if we manage to win the digital arms race to force a game concede when game states remain unchanged, they could still be disruptive to what we consider normal play. Using Nexus of Fate as an example, win conditions sometimes take a half hour or more to finish, with the majority or all of that time being non-interactive. This said, there are also cases where Nexus sees play and resolves games in a non-disruptive fashion, which is why banning it has been debated for so long.

In many ways, this is a continuation of the discussion we began at the end of January. Because it bears repeating, we’ll say it again: it has always been the plan for MTG Arena to provide an authentic digital Magic experience, and we’re sticking to that plan. This includes best-of-three formats, sideboarding, and an authentic-to-tabletop banned and restricted list. As such, Nexus of Fate will still be playable in all other events and formats, including the Traditional Constructed event and Traditional Ranked queue.

That being said, we will continue to work on ways we can improve how MTG Arena handles cards like Nexus of Fate and other combo-based interactions in general. A large part of this will involve continuing to iterate with our timer system, as well as looking at ways we can improve how the system handles repeatable actions or repeated triggers. Again, we are mindful that much of the frustration surrounding Nexus of Fate comes from unenjoyable games and subpar viewing experiences, and not with the overall power level of the card or complexity with rules interactions.

Beyond that, we’re going to be working with our Digital Game Security and Business Intelligence teams to better identify those players we believe are purposefully abusing these loops—and take action if necessary. As we enter the world of MTG Arena Mythic Championships, our goal is to enforce the same rules and procedures you should expect in a competitive environment to a greater degree, which includes infractions for unsporting conduct and slow play. Some of you may have seen evidence of this already, and you should expect to see more of it going forward.

A NOTE ON TIMING

When it comes to future banning and restrictions, we intend to follow the cadence set forth by Wizard’s Play Design team for both Traditional formats and Arena Standard whenever possible.

A NOTE ON PLAYER COLLECTIONS

Players who had Nexus of Fate as a part of their in-game collection on MTG Arena prior to this announcement will receive an equal number of mythic rare Wildcards to their collection as part of today’s update. These additional mythic rare Wildcards will be automatically added to player collections, and there will be no in-game notification of this grant. We have also updated the Core Set 2019 in-game store bundles that previously included Nexus of Fate, and players will now receive a copy of Omniscience instead.

A NOTE ON CONSTRUCTED EVENTS

If you were participating in a Constructed Event using a deck that included Nexus of Fate prior to today’s update, you will still be able to complete the event with your current deck. Please note that your deck will be flagged as invalid because of the ban, however, this will not prevent you from finishing a previously entered event. Once the event finishes, you will no longer be able to submit decks that contain Nexus of Fate. As a reminder, this ban is for Arena Standard formats only. Traditional formats, including the Traditional Constructed event, will still allow for decklists that include Nexus of Fate. 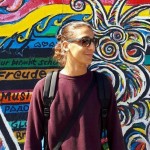