Ready your Dr. Boom and Reno Jackson—2018’s Hearthstone Wild Open is here! As you venture into the wilds, keep in mind: Every jungle needs a ruler. Will it be you this year?

Until Feb. 18, sign up to compete in your region’s open qualifiers. Qualifiers will take place Feb. 22 through 25 and March 1 through 4.

There will be two 128-player Swiss brackets per region, per week, with best-of-three matches in Conquest format. Every player will bring three decks and ban one of their opponent’s.

The top 16 players—eight from each bracket—will duke it out in a single elimination playoff to determine who moves on to the regional playoffs.

There will be no broadcast for the qualifiers. To confirm eligibility or learn more about the tournament, check out the official rules.

The regional playoffs are the next step towards reigning in Wild. The top eight players from each region will play in two four-person brackets, with the top player from each bracket advancing. This single elimination playoff—featuring best-of-five matches with four decks and one ban—will be broadcast. It will also have open deck lists.

You’ll be able to watch this broadcast on the official PlayHearthstone Twitch channel.

Held in Burbank, California on March 31, this is where the real battle begins. The best-of-five single elimination bracket will be played with four decks, one ban, and open deck lists. At the end of such a demanding gauntlet, we will see who 2018’s top Wild player is!

The eight finalists for the Wild Open 2018 will walk away with the following prizes: 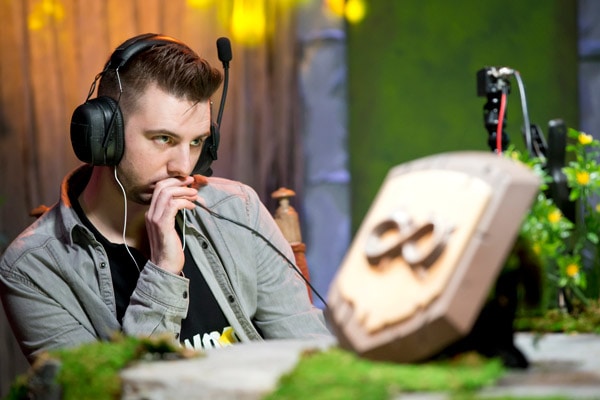 In the Hearthstone Wild Open 2017, it was Italy’s self-professed Wild specialist Albert “Alb987” Reano who beat down goliath opponents like Canada’s Jesse “Control” Chrysler. Alb987 came from nowhere to win the crown, and he gave us a grand final worth remembering.

This year, the field is wide open for players from all around the world to come and do battle with titanic opponents. Will we see you there?