Here’s some of the conversation you have with Talan:

Well, well. Haven’t seen your face around here before. What do I call you?

So.. what are you doing here? You a tourist? Heard about that new dinosaur skeleton?

Oh, pardon me! Yeahh… I ain’t got time for tourists coming in here, thinkin’ Gadgetzan is some hot resort spot or somethin. There’s stuff going on here that would seriously twirl your beanie.

Okay okay.. down to business. I got ale, and more ale. But I might be able to stir up something fancier if you gimme a good challenge. What do you want to drink?

What?! What kind of four-star joint do you think I run around here. I can’t afford to stock that stuff.

Look, X, how about I make you a special drink? A proper Gadgetzan welcome to show what a nice place this is with the nicest people? Yeah.

That’s what I’ll do.

Okay, for you…this is the Dalaran Floater. Hold on… 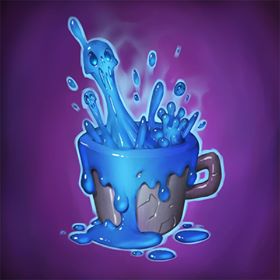 Gonna give it a taste?

Hey, well.. trying it gets you points. At least you’re not a coward. Maybe I can trust you…

I mean, at least you’re not a tourist…

Right. So.. tuck into that Dalaran Floater and lemme tell you something…

Listen to me… Gadgetzan ain’t what it looks like.

We got all kindsa new businesses opening up, selling who knows what…I mean, this guy… a businessman!? 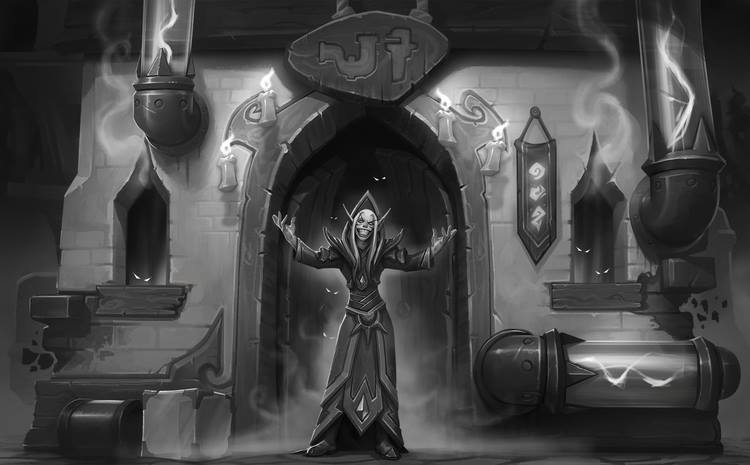 And the new manager at the bank? Uhh… I’m not sure how he’s gonna handle our money…. 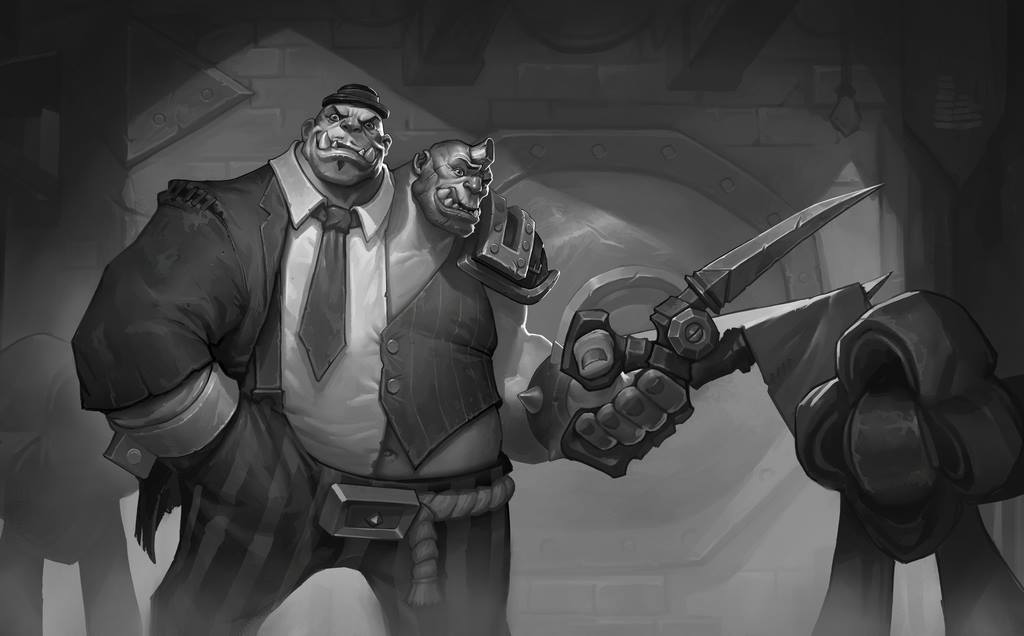 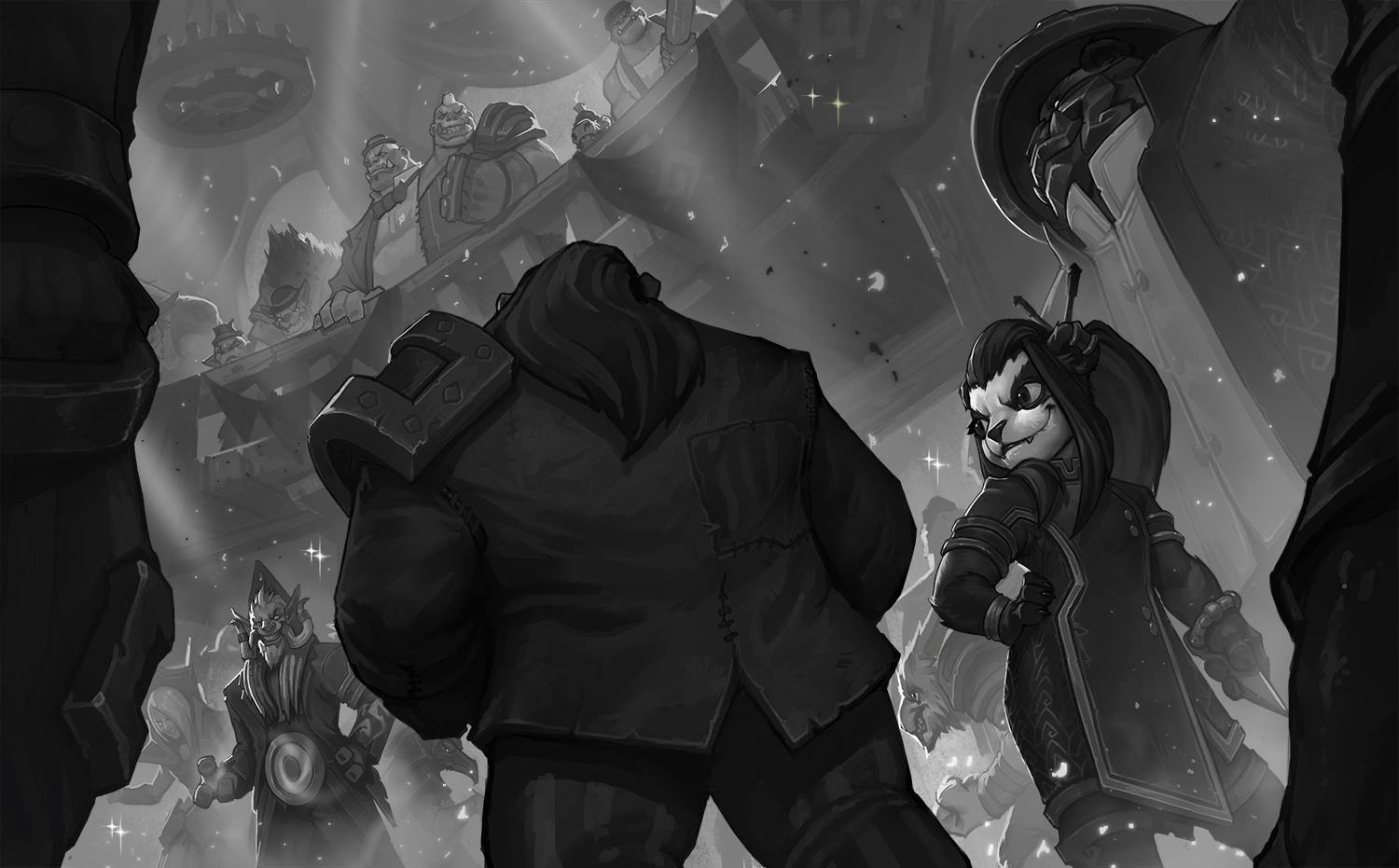 Look at that. Tell me what’s going on there?

Hrmph. Maybe that Dalaran Floater went to your head. Come on, come on. Look closer… what do you see?

Yeah yeah.. everyone looks beautiful. But … are these really the kindsa people you’d think would go to a party like that? I mean.. they look like…? What?

I’m thinking you might be perfect for an… opportunity coming up.

Let’s call it a little test.

Just a few casual questions I use to, uh…..size a person up.

See how they might best fit into, uh, operations around here.

Like I said.. I got my ways of sizing people up. So just.. be yourself and answer honestly.. or hey.. be someone else and lie. I don’t care that much. This ain’t for me.

Like I said.. I got my ways of sizing people up. So just.. be yourself and answer honestly.. or hey.. be someone else and lie. I don’t care that much. This ain’t for me.

What does power mean to you? Options: Wits, Strength, Worship

Brain over brawn… Interesting. So what makes you such a witty person, huh?

Interesting opinion you’ve got of yourself there, brainiac. We’ll see where those wits take you in Gadgetzan….

Someone wants to destroy you…what do you do? Options: Rally Your Crew, Destroy Them First, Talk Them Out of It

I chose: Talk them Out Of It

Yeah? You think you’re clever enough to convince someone not to snuff you? how would you do that, exactly?

Eh. It might work. If you sat ’em down to some ale first and had a good exit plan. Don’t go trying that in my tavern, though. I ain’t got insurance.

Huh. You know, I did get a bit of a sailor vibe from you when you first came in. I think it’s your smell.

You can only save one… who will it be? Options: Priest, Scholar, Warrior

I’m with you. Once the knowledge goes, we’re all screwed. So uh.. read any good books lately?

I said: Game of Thrones

Hey! Don’t spell that out for me. You don’t want to go flaunting too many smarts in here. There are people around who pay a lot of money for brains.

I feel the best when I’ve… Options: Slaughtered Enemies, Cleared My Mind, Indulged My Vices

I chose: Cleared My Mind

That’s very tempered of you. How exactly do you clear your mind?

I said: I meditate

Best way I’ve found to clear my mind is to talk to all the poor slobs who come in here with problems. Makes me feel better about me, you know?

What is the most powerful? Options: Fists, Words, Feelings

Smart answer. Is there a particular word you think is especially powerful.. like..a magic word?

Abrakadabra…. Eeesh. You’re good. That made my boils pulse.

I’m most relaxed when I’m… Options: Meditating, Working on a Puzzle, Fighting Someone

I chose: Working on a Puzzle

Whoa whoa. We talking puzzle pieces or like.. stuff with numbers?

No, actually. You lost me.

My favorite kind of story has… Options: Lots of Plot Twists, Lots of Romance, Lots of Horror

I chose: Lots of Plots Twists

Oh yeah? You like the “gotcha” moments, do ya?

Read the one where the guy thought he was a bastard, but turns out he’s the legitimate son of a dragon prince? Man I can’t wait for the next book.

You have 5 minutes until an appointment, so you… Options: Sharpen your knife, Brainstorm, Watchpeople

You do strike me as the busy-mind type. Lots of thoughts going on in there. Some of them maybe even smart.

I’m bored when I have… Options: Nothing to Read, No one to Challenge, No Music

I chose: Nothing to Read

Which doesn’t exactly explain why you’d end up in Gadgetzan, but.. eh.

How do you express affection? Options: Gifts, Action, Words

Yikes! Try doing that in the cages and see what happens.

I’d rather die… Options: With all the answers, with a bloody sword, quietly in my sleep

I chose: With all the answers

All of ’em, huh? Would you tell anyone what you knew before you kicked it?

Most people wouldn’t be generous with that amount of knowledge. But eh, they’d be dead regardless, I guess.

Well.. I think I have all the information I need. You’re.. well, you’re not as useless as I thought. I have some people in mind who might want to meet you down the line. You gonna be around Gadgetzan for a while?

In the meantime, keep on the look out for what’s really going on around here, X, yeah? You might learn something. See ya.

That was Last Call, meatheads!

I’m going to type out the main article below:

After several explosion-related delays, goblin contractors finally completed construction on the new state of the art First Bank of Gadgetzan building today. Spokesgoblins for the contracting firm say the explosions were simply part of the contractually mandated break periods and no one important was seriously hurt. Despite the delays, the new structure is quite impressive–from its neon signs to its gold plated columns, it reeks of class.

In cooperation with the bank’s new owners, the mayor’s office provided a tour of the new financial building for press and parties with an interest in the project. Mayor Noggenfogger, who owns the contracting firm that built the bank, led the tour group, proudly pointing out each new security feature in turn. The revolving doors at the entrance feature a kodo-proof cage and unhexable glass. The bank lobby, tastefully carpeted in orange and purple, also features anti-kodo barriers at regular intervals. In addition, each teller’s station is equipped with a large, red, candy-like button that, when pressed, releases a burst of confetti (and dispenses armed explosives) from hidden alcoves in the ceiling. Not one, but two Sprocketspring 5000 vault doors on a fuse-locking system protect cavernous vaults with plenty of room for gold, arcane dust, and other valuables. Mayor Noggenfogger was quick to point out that each vault door is rated to withstand kodo pressures exceeding several hundred tons, and, as an added bonus, have a chance to blow up when tampered with.

“The previous bank was plagued by mismanagement and inadequate security. It was an easy target for filthy, unscrupulous, kodo-loving bank robbers,” Noggenfogger said. “Our economy is taking off like a rocket-chicken, and Gadgetzan’s citizens need a secure place to store their valuables where only the deserving can get to them! Thanks to a hefty investment by the new owner, the First Bank of Gadgetzan is a wonder of technology and a fitting center-piece for our beautiful city.”

“In fact, I declare this bank 110% unrobbable, and I can’t wait to see the look on the faces of any poor saps who try!” When asked why the mayor’s office would be concerned about theft after repeatedly denying Gadgetzan’s skyrocketing crime statistics in the past, the mayor deflect to his security detail. “Knuckles, would you be so kind as to escort this young lady outside? I think she wandered in off the street.”

Citizens can see the new building for themselves when the First Bank of Gadgetzan opens to the public with a ribbon-cutting ceremony next week.