The 2019 Overwatch League season swings into action on Thursday, February 14, and today we’re revealing the entire regular-season schedule and additional details about the season.

Now you can get a look at the 2019 schedule a few different ways:

Or download a PDF of the entire schedule here: 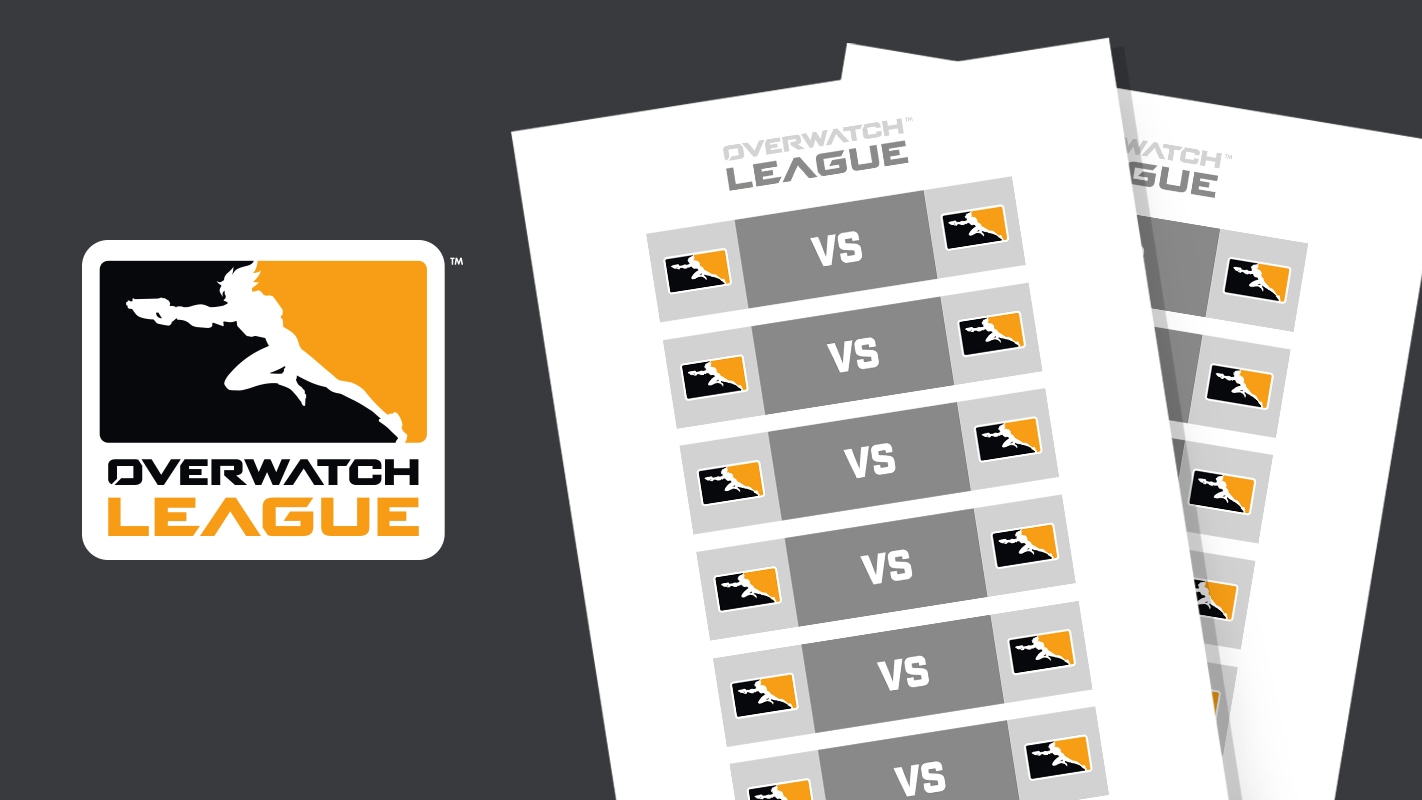 New this season: three Overwatch League teams will be the first to host games in their home cities. Those three teams are the Dallas Fuel, Atlanta Reign, and Los Angeles Valiant.

The Fuel will be the first to host matches, with their home event scheduled for April 27-28, 2019. The event will be held at the Allen Event Center in North Texas, and will include the Chengdu Hunters, Hangzhou Spark, Houston Outlaws, London Spitfire, Paris Eternal, Los Angeles Valiant, and Seoul Dynasty.Fans interested in purchasing tickets can pre-register at DallasFuel.com.

Additional details—including ticket availability—for the Homestand Weekend events will be revealed at a later date.

We previously shared big changes for the 2019 season, but here’s a quick refresher and some new information: 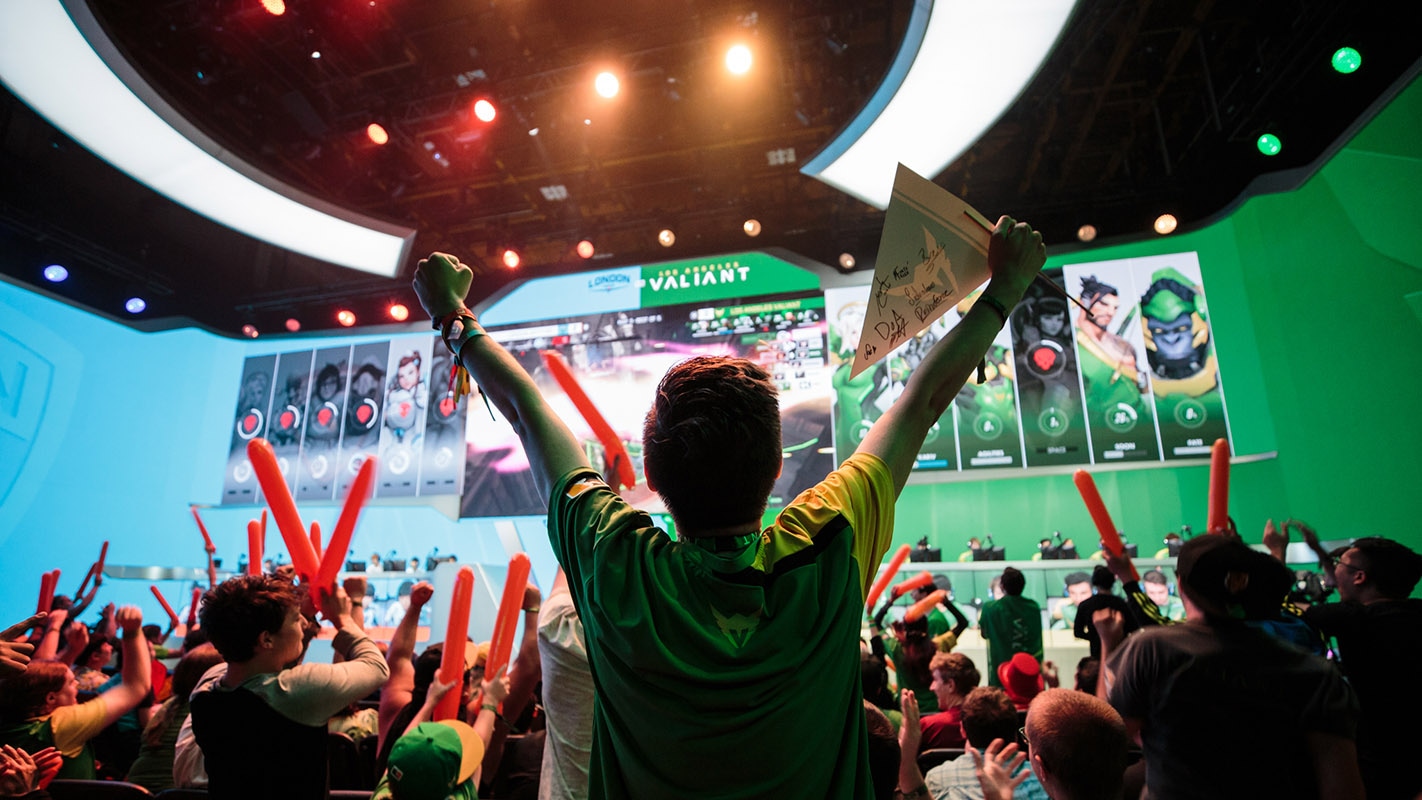 A selection of Overwatch League matches will be broadcast this season on the ESPN/Disney XD/ABC family of networks. Here’s the schedule for Week 1: 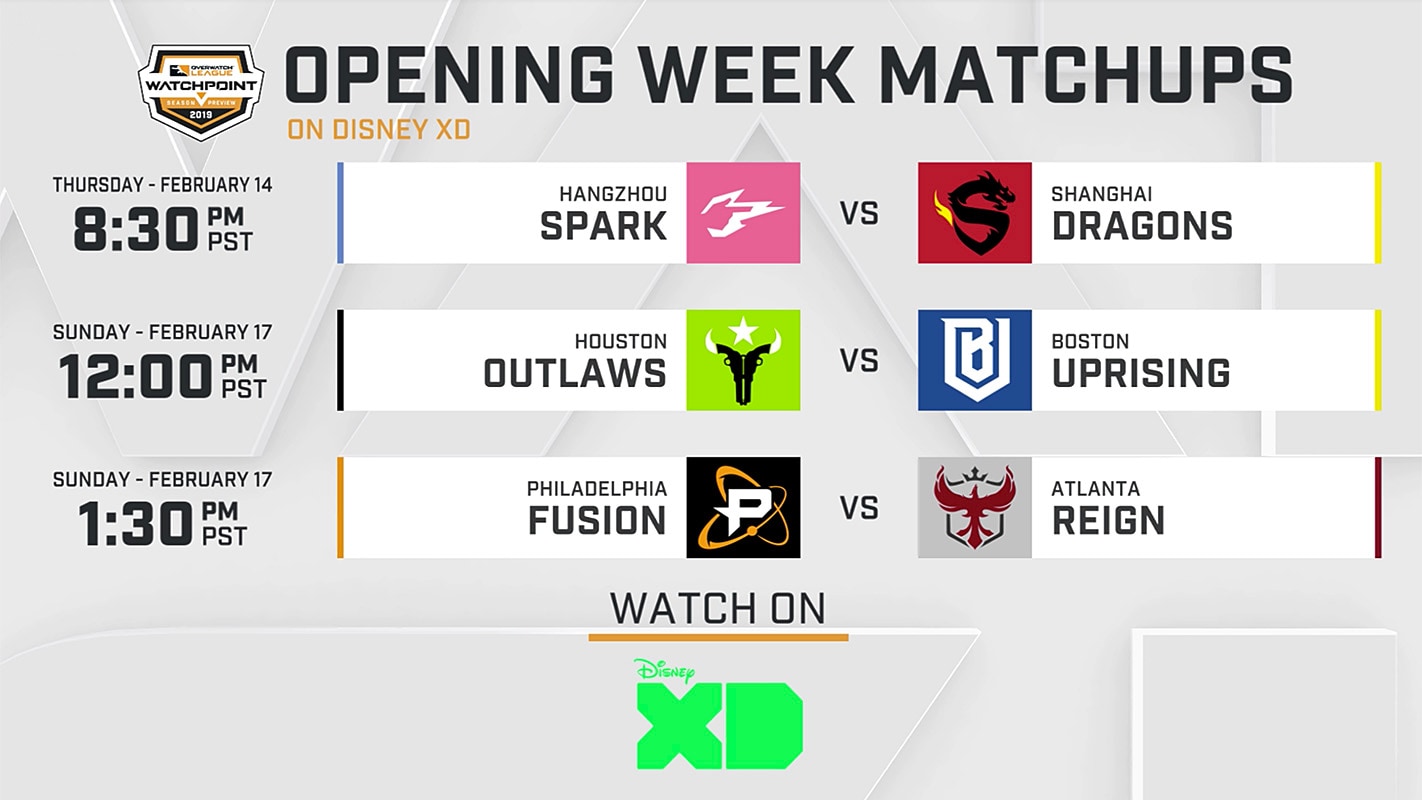 Further information about which matches will be broadcast will be released soon.

All 2019 season matches will be available live and on demand on overwatchleague.com, the Overwatch League app, our Twitch channel, MLG.com, and the MLG app. 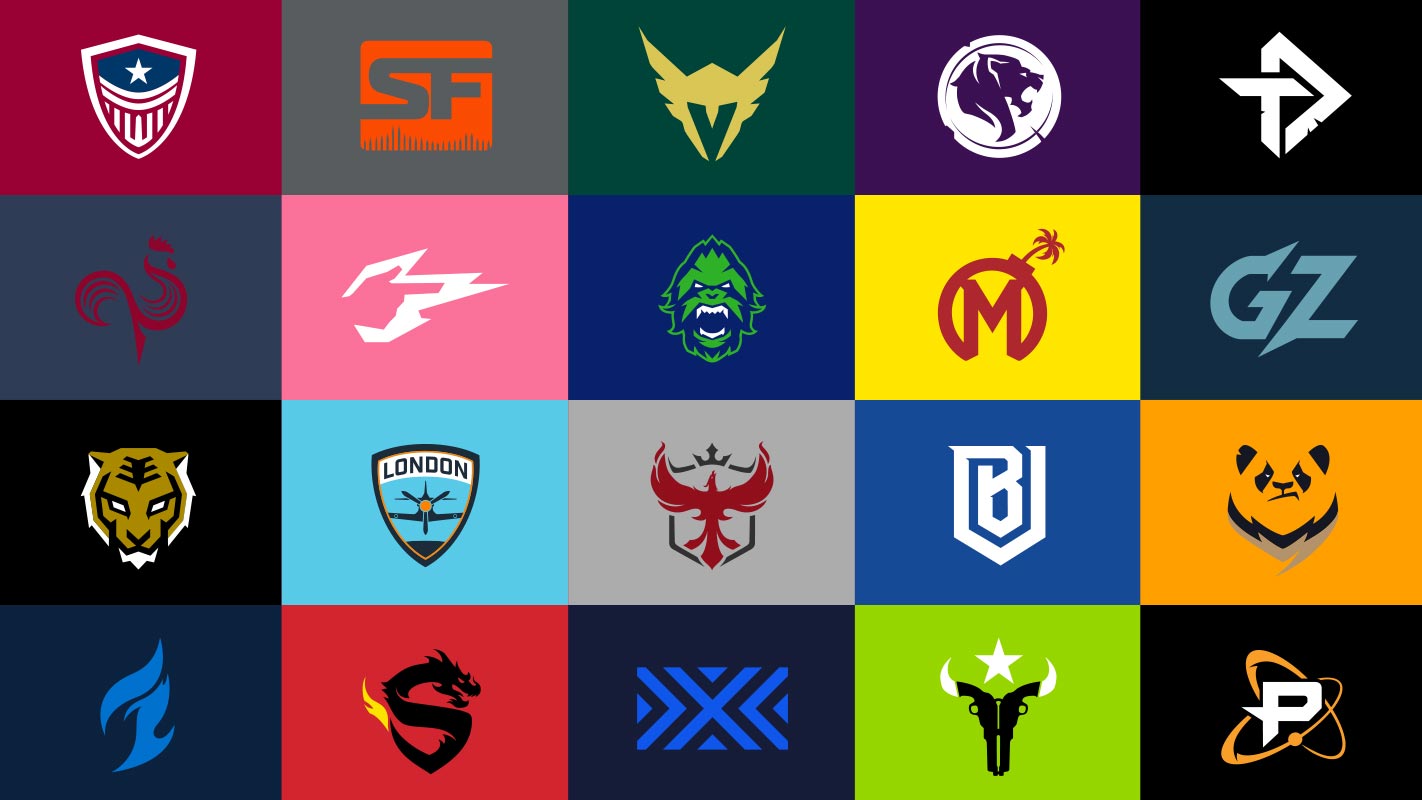 Stay current with all your favorite teams by signing up for our email updates:

To provide some additional clarity: in our discussion, even a small amount of consideration was heavily caveated by the phrase “we’d need to really test the numbers to even consider it”. What I find particularly cool about these kinds of discussions is more of an acknowledgement that creative and interesting ideas can come from anywhere. Even Flats