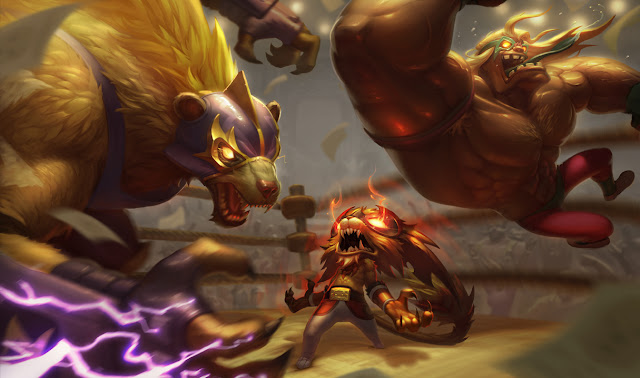 Here are the individual loading screen slices for each of the three skins: 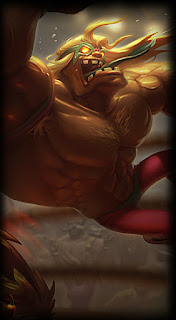 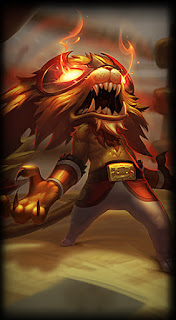 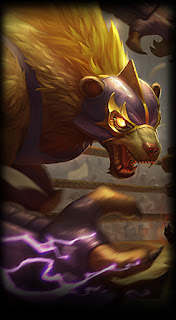 “In this corner of the Rift, we have El Leon Gnar, ready for his next opponent!

El Leon Gnar is now available to play on the PBE! As players who experience a first hand look at this content, we appreciate constructive feedback – feel free to leave it in the comments below! If you have any questions, you can also drop them below and I’ll do my best to answer them! ^-^

“And on the red side of the Rift, we have El Macho Mundo (even though he tends to go where he pleases).

El Macho Mundo will be 1350 RP* and includes –
El Macho Mundo is now available to play on the PBE! As players who experience a first hand look at this content, we appreciate constructive feedback – feel free to leave it in the comments below! If you have any questions, you can also drop them below and I’ll do my best to answer them! ^-^

“El Rayo Volibear takes down his opponents in a flash! He was made with a lightning motif on his fur to match his theme!

As players who get the first look at this in-progress skin, it would be wonderful to hear your thoughts and feelings on the new El Rayo Volibear skin! The feedback and bugs you leave here will help us get a better idea of things we may still have to take a look at. :]

See you on the Rift!”

To go along with the new skins we also have a new El Poro Ward skin!

New summoners icons based on the wrestling skins are also tagging in this cycle – one for the previously released El Tigre Braum skin and one for the new Gnar, Volibear, and Mundo skins.

We also have some new and updated NA and EU LCS icons as the Summer Split starts soon!
New: Apex Gaming, Schalke 04

With the regional leagues starting back up soon, several new esports team icons have also been added! 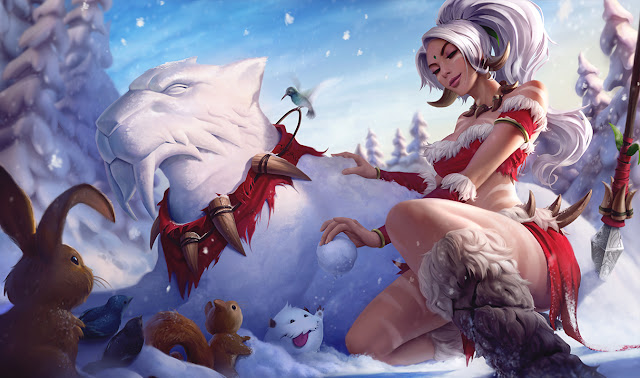 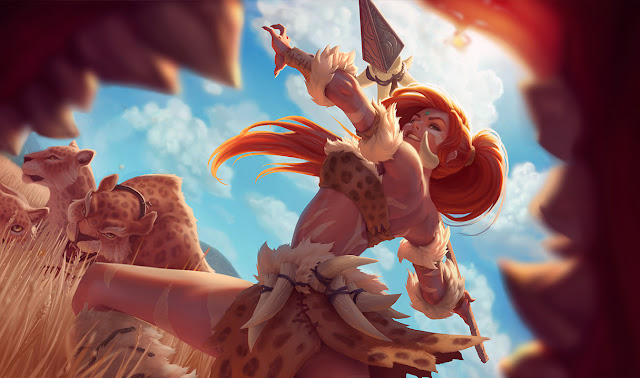 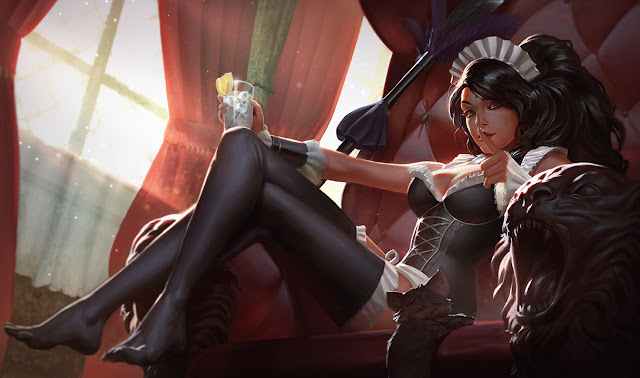 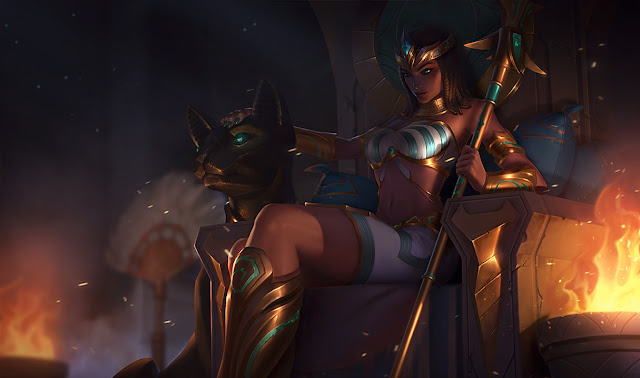 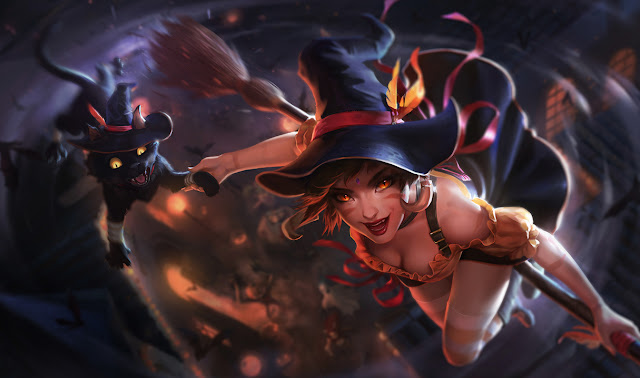 While we’ve seen strings appear on the PBE in previous cycles, here’s RiotNeuroCat with more info on the recently announced remake option that is heading to the PBE for testing in preparation for a live test on NA during 6.11!

/Remake is now live on on PBE – Socrates gave a good run down of the feature here. /Remake isn’t fully complete yet, so expect the following things to be added:

If you have an AFK in your game, please take the opportunity to test /remake and give us some feedback. Let us know if you have any questions!”

You can try out /remake in game by typing “/remake” in chat after any player has been dc’d or flagged as afk for at least 90 seconds at the three minute mark of the game and there has not been a first blood.

[Turned off on 5/25 for LotPK testing, leaving up for reference on new changes!]

Here’s RiotStephiroth with more info on Hexakill: TT, which is now available on the PBE for testing:

Hexakill: Twisted Treeline is back, and ready for action!

We’ve made a small tweak since this mode was last live:

New Altar Functionality (note: This was listed in last time’s notes, however this change did not make it to live)

We also have some bug fixes:

We also did some minor particle clean-up on the Altars, however if we did everything right, you won’t notice anything at all. 🙂

As always, thanks for playing our modes and helping us squash bugs. <3 If you see a bug, feel free to report here! And if you have feedback, drop a comment below.” 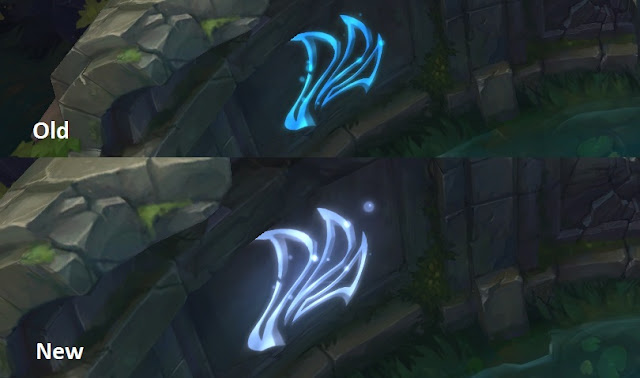 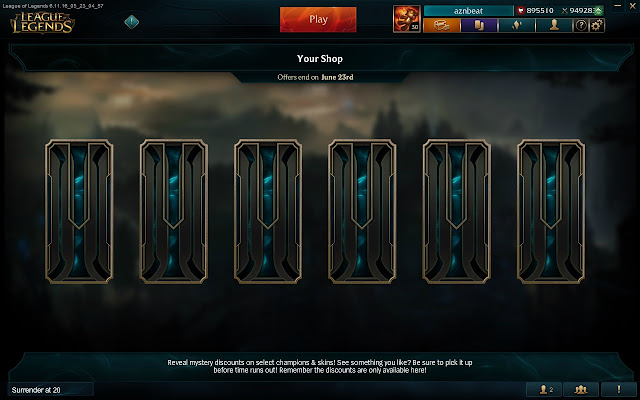 * Remember *: The PBE is a testing grounds for new, tentative, and sometimes radical changes. The changes you see below may be lacking context or other accompanying changes that didn’t make it in – don’t freak out! These are not official notes. 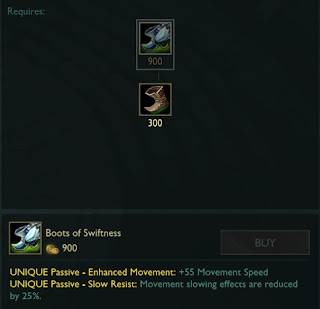 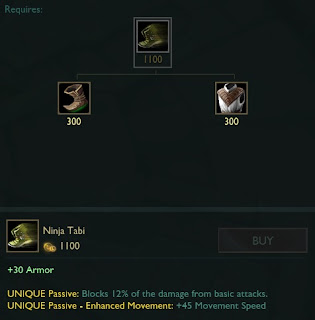 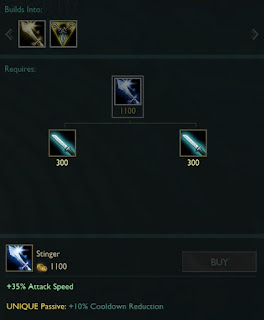 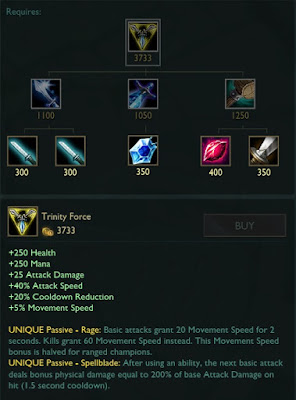 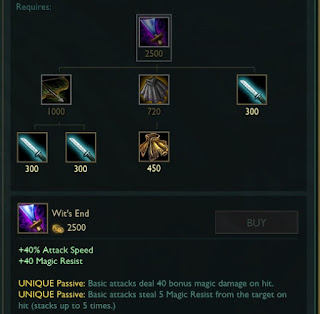 As the League Client Update continues to test on the PBE, the update profile page now working on the PBE LCU! Here’s CapnBranFlakes with more information:

We shared some information yesterday about a preview of the Profile page — it’s now accessible on the PBE alpha client, and still just as barebones as mentioned in that link. Reminder! We’ll roll out more fleshed-out Profile pages in the coming weeks, so until then, please continue to keep your testing focused on Summoner’s Rift and ARAM.

Thanks again for joining us on the frontline!”

Here’s a few pictures of the updated profile page, which is still very much a WIP! 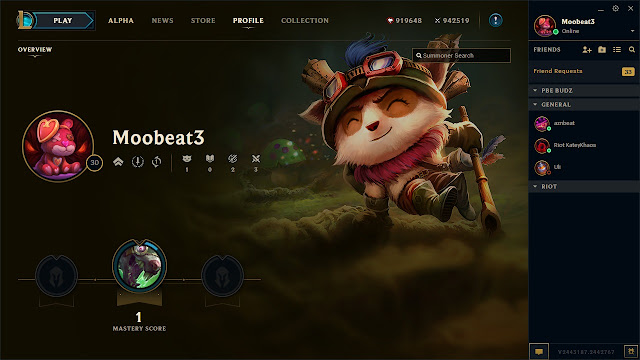 While the back ground will change based on recently frequently played champions, using an ultimate skin icon will switch your background to an animated version of that skin – Examples: Spirit Guard Udyr, DJ Sona, Pulsefire Ezreal.
The PBE LCU is open to all PBE testers, see [this thread] for more information on how to get started with testing as well as known issues and updates! Sign ups for the LIVE (not PBE) LCU Alpha can be found here. 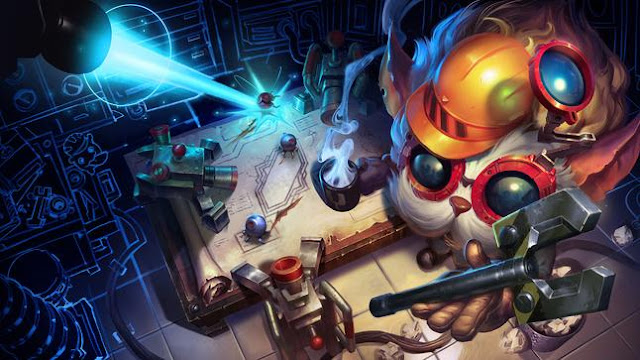 Here’s a small gallery of screenshots now that the LCU Alpha is back up on the PBE:

For the latest on the LCU Alpha, check out this page.