If You Want to Win, You Gotta Roll the Dice

New Tirisfal City. A town where every cop is on the take and every crook pays their dues. From her penthouse suite atop the Scarlet Monastery Casino, Whitemane runs the largest criminal empire this side of Tirisfal. There isn’t a deal that gets made, a job that gets pulled, a scam that gets run without Whitemane giving her blessing and getting her cut. Until now.

The Scarlet Heist is the fall event for Heroes of the Storm, starting the week of September 24, and running through December 3. You’ll be able to unlock skins for Junkrat, Orphea, Sgt. Hammer, and Whitemane, and complete quests to unlock Portraits, Sprays, Emojis, and special Mounts. 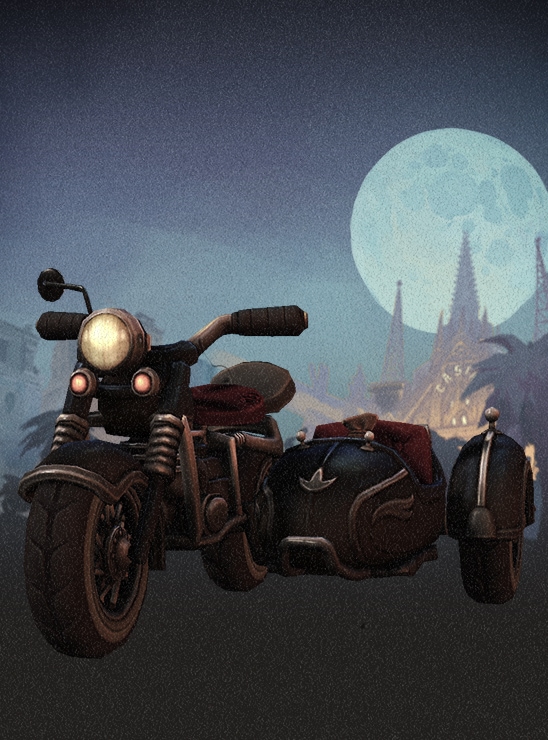 Who needs friends to ride with when you’ve got a giant bag of cash? 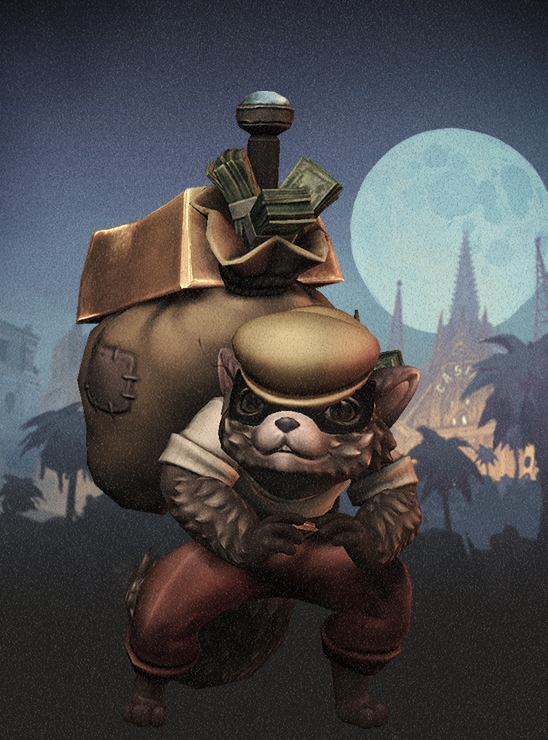 This sly guy will steal your heart and your wallet. 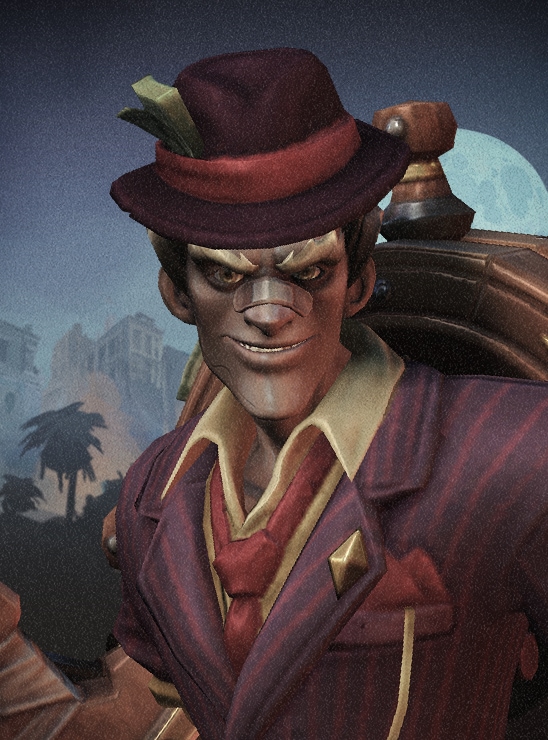 Jamison “The Wiseguy” Fawkes is responsible for many of the most explosive heists in New Tirisfal’s history. Unfortunately, he has a habit of blowing up his loot along with his targets. 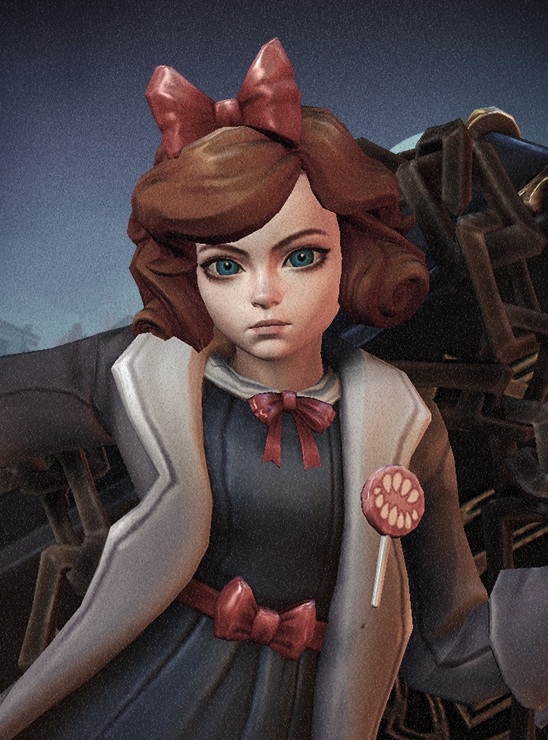 When Orphea recruited Junkrat and Sgt. Hammer to help rob the casino, she neglected to mention her ulterior motive: to retrieve a dark and powerful family heirloom stolen by Whitemane herself. 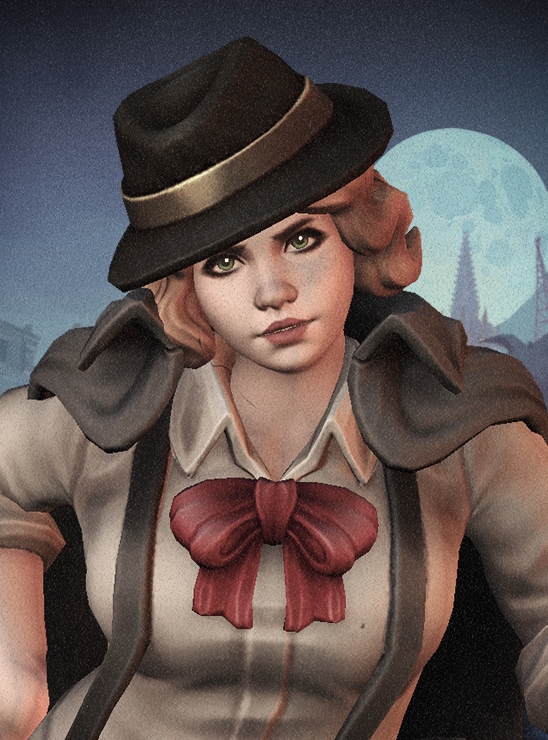 Bama “The Hammer” Kowalski and her crew of heavily armed mobsters take a direct, guns-blazing approach to heists, often bulldozing straight through the wall of the bank vault they intend to rob. 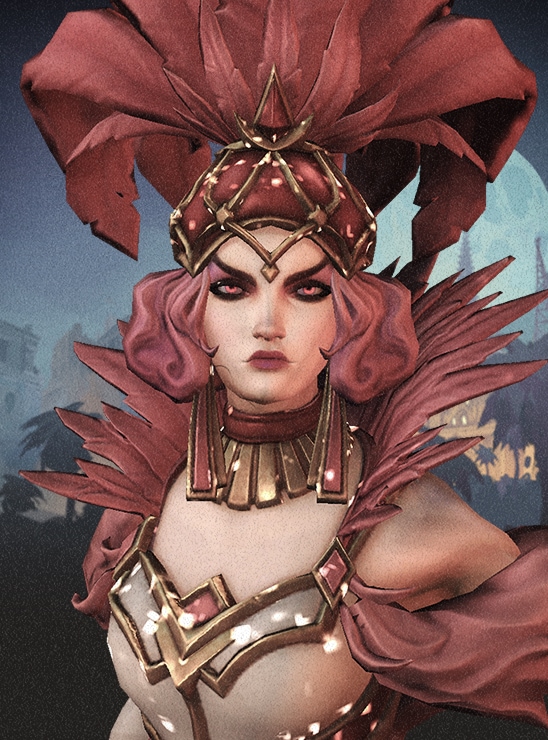 Whitemane watches over the sludge and grime of New Tirisfal from the highest spire of the Scarlet Monastery Casino, where thousands of residents invest their loyalty, and their hard-earned coin, on a daily basis.

Orphea’s plan is simple: she grabs the safe while Junkrat brings the firepower and Bama provides the getaway. Whitemane would never expect anyone to be bold (or stupid) enough to steal from the Scarlet Mafia, and that’s the best thing that Orphea’s crew has going for them. As you complete quests, you’ll unlock rewards; if you can pull off the heist, you’ll unlock the Royal Getaway Sidecar mount. 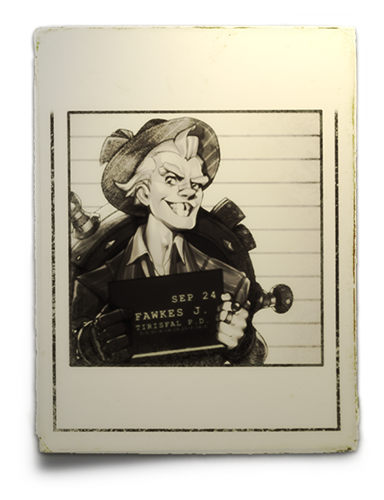 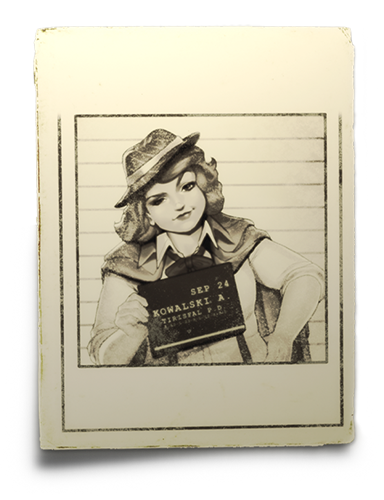 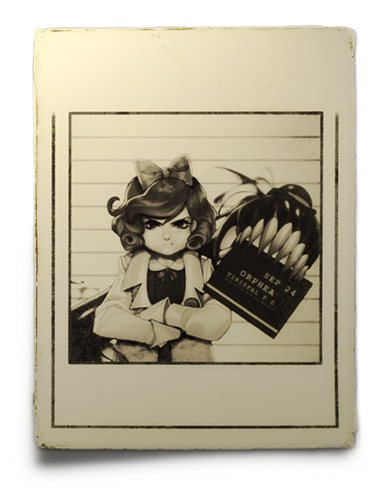 The heat is on and a score like this only comes along once in a lifetime: get out there and take what’s yours before the Scarlet Heist event ends on December 3rd.

SEE YOU IN THE NEXUS!

Heroes of the Storm has just been updated with Hero reworks, a brand new event, bug fixes, and more! Read on for details!

Developer Comment: We will continue to work hard to resolve these and any other issues as we commit to providing a quality experience for our macOS players.

Developer Comment: We have seen your feedback on matchmaking and want to make it better! We have updated the system to match faster for most players, while tightening up the rules for our higher level players. We are always looking for more feedback so please keep it coming!

New Tirisfal City. A town where every cop is on the take and every crook pays their dues. From her penthouse suite atop the Scarlet Monastery Casino, Whitemane runs the largest criminal empire this side of Tirisfal. There isn’t a deal that gets made, a job that gets pulled, a scam that gets run without Whitemane giving her blessing and getting her cut. Until now.

Many seasonal items have made their way back into the collection and will be available for crafting and in Loot Chests for a limited time!

For the duration of the Scarlet Heist event, the Legendary Scarlet Heist loot chest will be available for purchase for 12,000 gold! (Limit 1 per region per account)

Developer Comment: Talk about fireworks?! With our last balance patch, we introduced some changes to Shadow Fissure that ended up causing a bit more mayhem than we had expected. While we like rewarding players for hitting their abilities, a full instant reset of the ability ended up feeling pretty bad to play against in a lot of circumstances. This was compounded with the changes we also made to Might of the Scourge, so instead of a full reset, we decided to dial it back a notch and set the cooldown to 1.5 seconds instead.

Click here to discuss this post with other players in the official Heroes of the Storm forums.

Developer Comment: We’re happy with how Healing Wells function in our ARAM game mode, so we’re giving it a try everywhere. Additionally, Forts and Keeps now have additional health as they’ve absorbed the health of their nearby Healing Wells.

Developer Comment: Its been a while since we’ve made any major changes to Rehgar and while his win rates are not worrisome, his identity as a flexible generalist healer has suffered as of late. With this rework, we’re making a number of quality-of-life changes by baselining some of the talents that felt mandatory as well as introducing new talents to sharpen his build identities. Just to prove that old dogs can learn new tricks, we’ve also given Rehgar a new activated trait, Purge, which allows him to micro-cleanse an ally or momentarily snare a distant enemy.

Developer Comment: Auriel’s Q talents have fallen off in both popularity and win rates, so we’re baking in the Swift Sweep talent functionality to help the abilities’ overall efficacy. We’re also bumping up some other talents that aren’t performing well. Similar to Zarya, Auriel’s power dynamics can change dramatically with even small number tweaks, so we’re keeping these changes relatively light this time around.

Developer Comment: Brightwing remains strong at all levels of play, and is also terrorizing her foes at higher levels. While this is a substantial nerf to Invisible Friends on paper, we feel Brightwing still has compelling reasons to take the talent.

Developer Comment: Dehaka has been collecting essence very successfully after his last update increased his attack speed, so we’re reining him in a smidge.

Developer Comment: Falstad has landed quite well after his recent tuning, and we think a mild buff to Dishonorable Discharge causes all his talent builds to pass with flying colors.

Developer Comment: Celestial Charge needling enemies a bit more will help Imperius out, especially when taking Impaling Light. We’re happy with the gameplay of the Solarian’s Fire build, but we’d rather Imperius continue onward rather than go out in a Blaze of Glory.

Developer Comment: In games where Jaina’s team falls behind, we think it’s harder than it should be to unlock Improved Ice Block, especially when Jaina is focused on clearing enemy Minion waves. This should even that out, as well as provide a boon for Jaina players that blast away their opponents. Blizzard and Cone of Cold talents are competing nicely, so we thought we’d provide some quality of life to a Frostbolt talent.

Developer Comment: Competing against strong Shield Glare talents, Divine Fortress’ Physical Armor wasn’t super appealing. We hope this change provides a comparable option for dealing with Physical damage while feeling and playing differently. While we’re here, we continue to drag part of Hold Your Ground’s benefit baseline in our endless journey to make the tier more competitive. Other than that, we have mild buffs for weak talents, and a whisper of a nerf to Heaven’s Fury.

Developer Comment: Junkrat has caused more than enough mayhem for now – we believe that Big As was making Steel Traps an issue too frequently when combined with Gotta Trap ‘Em All! We think the decision between traps that demand a Hero’s intervention versus many traps is still interesting, but we’ll be keeping an eye on him.

Developer Comment: Lunara has hopped a little higher than we expected, so we’re diluting her poison.

Developer Comment: Probius has always had high requirements for successfully utilizing his abilities. The theme of this update is to turn those requirements into benefits, making Probius more approachable while still rewarding mastery. While the baseline changes to Warp Rift and Photon Cannon affect the identity of these abilities, we hope long time Probius players are still able to punish enemy Heroes that underestimate our favorite Probe.

Developer Comment: Jimmy was never one to quit a fight.

Developer Comment: Stukov’s level 1 talents have seen an influx of strength over the last couple months, and everything has a cost.

Developer Comment: Ranger causing Sentinel to hit two Heroes has become the dominant style for playing Tyrande, so we’re reducing the power of Harsh Moonlight and Empower and raising up her weaker talents.

Developer Comment: The last round of Zarya changes didn’t blow her overall power out of proportion, so we’re touching up a few more underperforming talents.