Greetings, Adventurer, and welcome to the Junior Explorers! Grab your journal and remain vigilant as we venture into a world of primordial wonder . . . and danger! This journey does not come without its spoils, however—should you brave the mysterious jungles of Un’Goro crater, your mettle will be rewarded with a symbol of these courageous deeds: The Un’Goro card back!

These card backs replace the art decorating the reverse side of your cards and are an amazing display of your adventures into this new world. Add this badge of bravery to your collection by hitting Rank 20 in either Standard or Wild Ranked Play modes. You’ll receive the Un’Goro card back at the end of April’s Ranked Play Season in your Ranked Play reward chest. 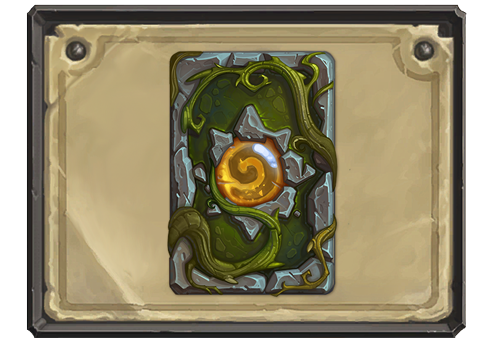 So, put on your boots, grab your backpack, and join Elise and the other Junior Explorers as they start on their Journey to Un’goro!