Open your packs early and revel in some Fireside fun prior to The Boomsday Project’s official launch—only at a Pre-Release event near you!

Pre-Release events are special Fireside Gatherings where you can open any packs you have from the upcoming Hearthstone expansion early—and play with them in unique Fireside Brawls! That means you’ll be able to open the packs you pre-purchased, as well as any others you may have earned via Tavern Brawls or other events.

Opening new packs is always exciting, but Pre-Release events take that excitement even further by allowing you to actually play with the cards you’ve opened before the expansion’s official release in two different Fireside Brawls.

Your newly-opened cards will be viewable in the Collection Manager, though they’ll only be playable at an official Pre-Release event prior to launch. You also won’t be able to disenchant or craft cards until the expansion’s official launch.

Where Can I Go for Pre-Release?

In celebration of The Boomsday Project’s impending launch, we’ve put together a ton of Pre-Release events for you to enjoy across the globe! All of these events will take place over the weekend of August 4–5 in local time unless otherwise stated. Click on an event name below for more details!

Join in the Pre-Release parties happening across this continent! Open your packs ahead of time and take part in special Fireside Brawls—there will be tons of fun for everyone!

We’re partnering up with Meltdown bars and innkeepers across Europe to bring you that Pre-Release Fireside experience, with a total of 30 locations across 12 countries!

Join in the Pre-Release parties happening across this continent! Open your packs ahead of time and take part in special Fireside Brawls—there will be tons of fun for everyone! More events will be announced soon.

Finally, don’t forget to pre-purchase your card packs for The Boomsday Project’s Pre-Release! 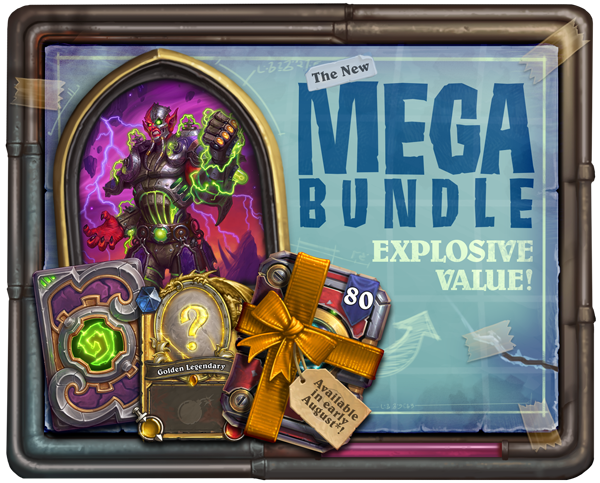 You can get both The Boomsday Project pre-purchase AND the Mega Bundle, though each is only purchasable once per account. You can use your new card back and Warlock Hero right away, but you’ll have to wait for official Pre-Release events to arrive before dissecting your packs.

We can’t wait for you to try out the new cards, so look for a Pre-Release event closest to you and get in there! Additional locations will be added in the coming weeks, so please stay tuned. We’ll see you in the tavern!