Q – Warzone – Why do I still encounter cheater?

Anti-Cheat solutions work like anti-virus software. Let’s assume that, today, we know all the nefarious ways cheaters try to impact the game to ruin your experience. Our team uses that knowledge to protect against that bad behavior and punish bad actors. While our team has been able to establish systems that can quickly detect and respond to bad behaviors, we know tomorrow will continue to deliver new and evolving threats.

As we take steps to ensure our systems can identify and react to the known bad behavior; we fully expect cheat makers to continue devising new bad behaviors – some we can anticipate and some that we need to develop new systems against.

What we’re getting better at is the speed at which we can recognize when players are doing things they shouldn’t be doing. When a bad actor is detected, we hit them with something from our mitigation toolbox (or all of them at once if we’re feeling spicy) and analyze the data from the machine determined to be cheating. This is one of the many ways we can understand new bad behaviors and work to protect our games.

Day-to-day, that’s what we do. We continuously strengthen our systems as we’re capturing new data, dissecting it, and implementing additional changes. Simply put, we’re always working to combat cheating. 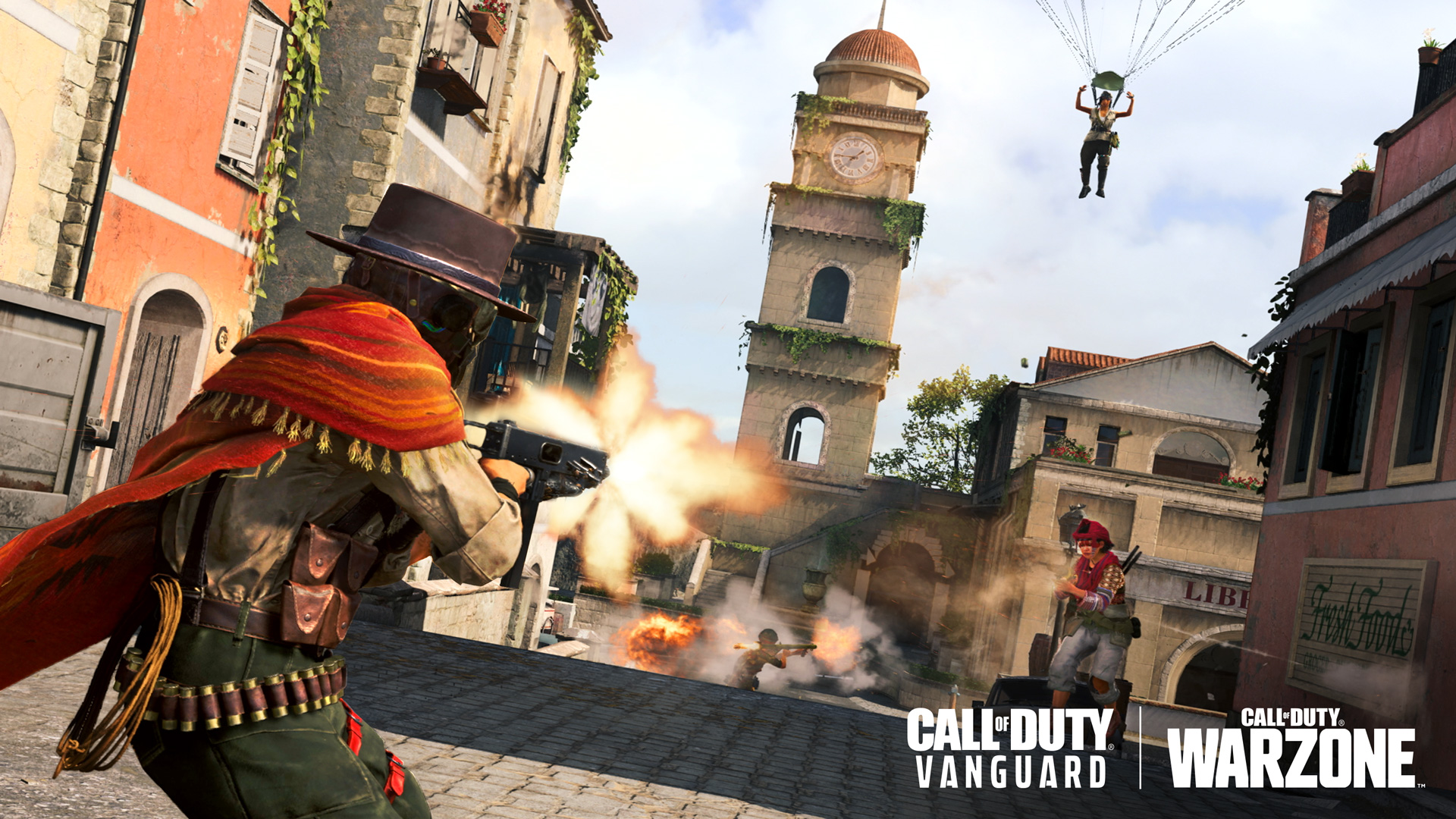 Q – What is up with these mitigations? Why are you doing it?

Mitigations were birthed from the wizards on our Server-Side Security teams, which is part of the group that’s responsible for #TeamRICOCHET. It started with a comment like, “Wouldn’t it be funny if…” and then the team worked tirelessly to develop our new mitigation systems.

We feel mitigation is a necessary step for anti-cheat security.

The question for #TeamRICOCHET quickly became: “How do we keep detected cheaters in the game to fully analyze their tactics and strengthen our security while at the same time make their experience less impactful to legitimate players?”

The solution? Let’s do more to get in the way of cheaters. Cheaters, for some reason, feel superior using software to win games they have no business winning. Hitting them with mitigations transform those euphoric feelings of being fake-best into glorious pangs of annoyance. We’ve seen the clips.

Let’s take a deeper dive into some of these mitigations:

This has been the fan favorite in the community since we announced it because it registers for both players. If you’re being shot and see your health slowly trickle down, you know it’s likely a cheater on the other end of the battle. The cheater, in turn, wastes ammo and eventually realizes they’ve been detected. Most of the clips you’ve shared are of Damage Shield since it’s something both players can identify.

Response: Enhance player protections, but still register some damage to proc the visual cues so affected players can identify where those shots are coming from and then take care of business themselves

It’s your own personal Ghost Mode. We see fewer clips of this because it’s harder for legitimate players to know it’s happening. If a cheater is hit with Cloaking, their shots cause in-game players to vanish (including their bullets and sound). So, if you’re ever hit in-game and turn to see someone spinning in circles confused, they might have been slapped with Cloaking. That makes for some easy clean-up!

Problem: Cheaters can see all players in the world, including through geometry, providing them unfair information to win battles

Response: Protect players by hiding them from a cheater’s POV, making it impossible for cheaters to track them regardless of proximity

Today we’re sharing another mitigation technique from our toolbox: Disarm. Like the name implies, when cheaters are detected, we simply take their weapons away from them (including their fists).

We don’t expect many clips of this to find their way online, but we have seen it in action and the reactions from cheaters are always priceless.

Problem: Cheaters have any level of lethality

Response: Put cheaters in time out 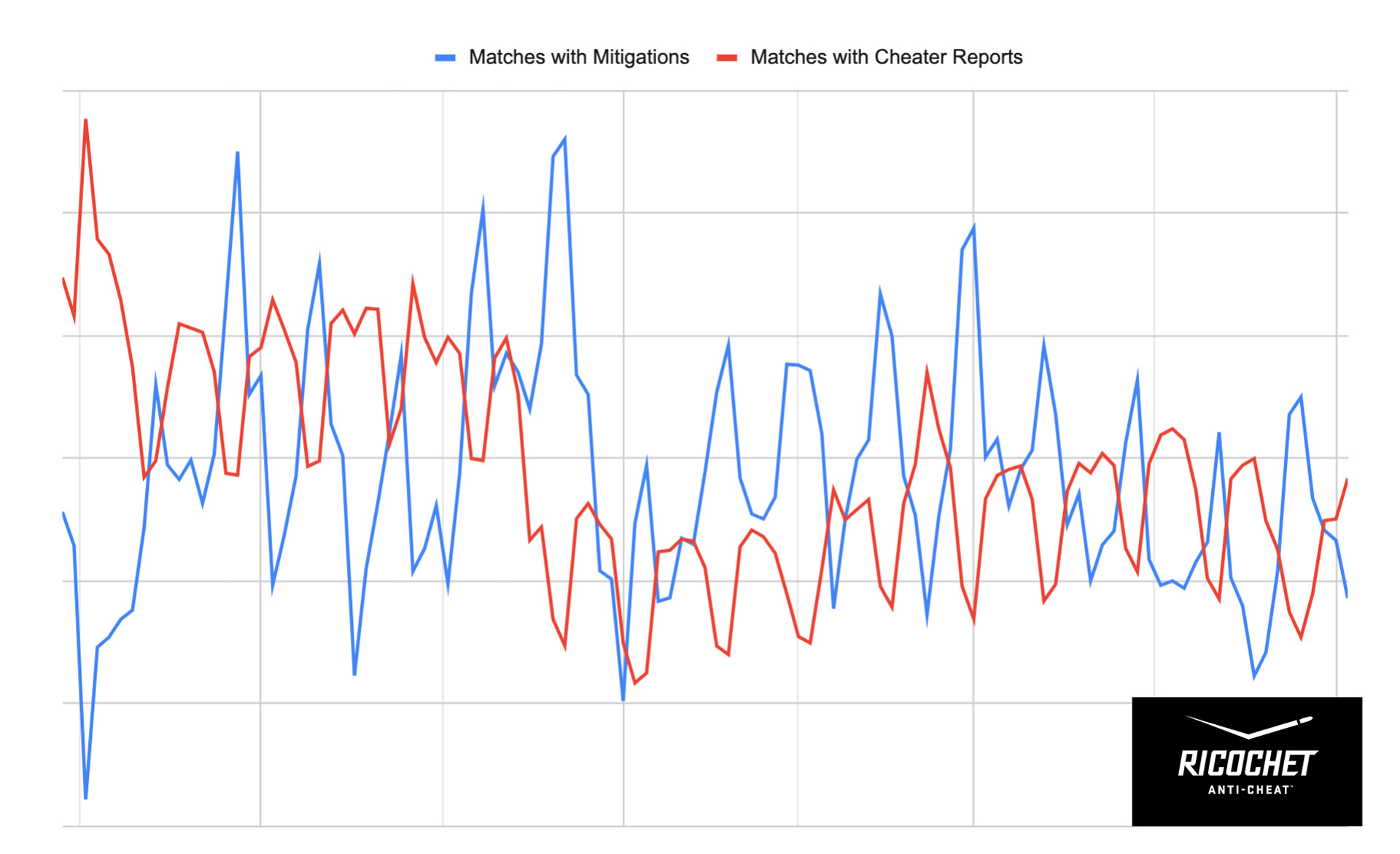 Since launching our mitigations earlier this year, we’ve kept a close eye on player reporting.

The aim for mitigations is to keep cheaters in game to analyze their data while reducing their ability to impact a legitimate player’s experience. The data above shows that as mitigations are active, we see a reduction in cheater reports – either because players are swept up in ban waves or their bad behavior isn’t getting in the way of your legitimate fun (because we’re interrupting their nefarious ways).

This is subject to the same ebb and flow mentioned earlier, as cheaters change tactics, we see a slight spike but, according to this data over time, our mitigation systems and other anti-cheat initiatives can quickly get back on track so you can focus on your experience.

We have other mitigations that we’ll likely spill the beans on in the future. Some are active now; some are in development. Beyond its mission to combat unfair play, we have a second somewhat secret mission to annoy as many cheaters as we can. 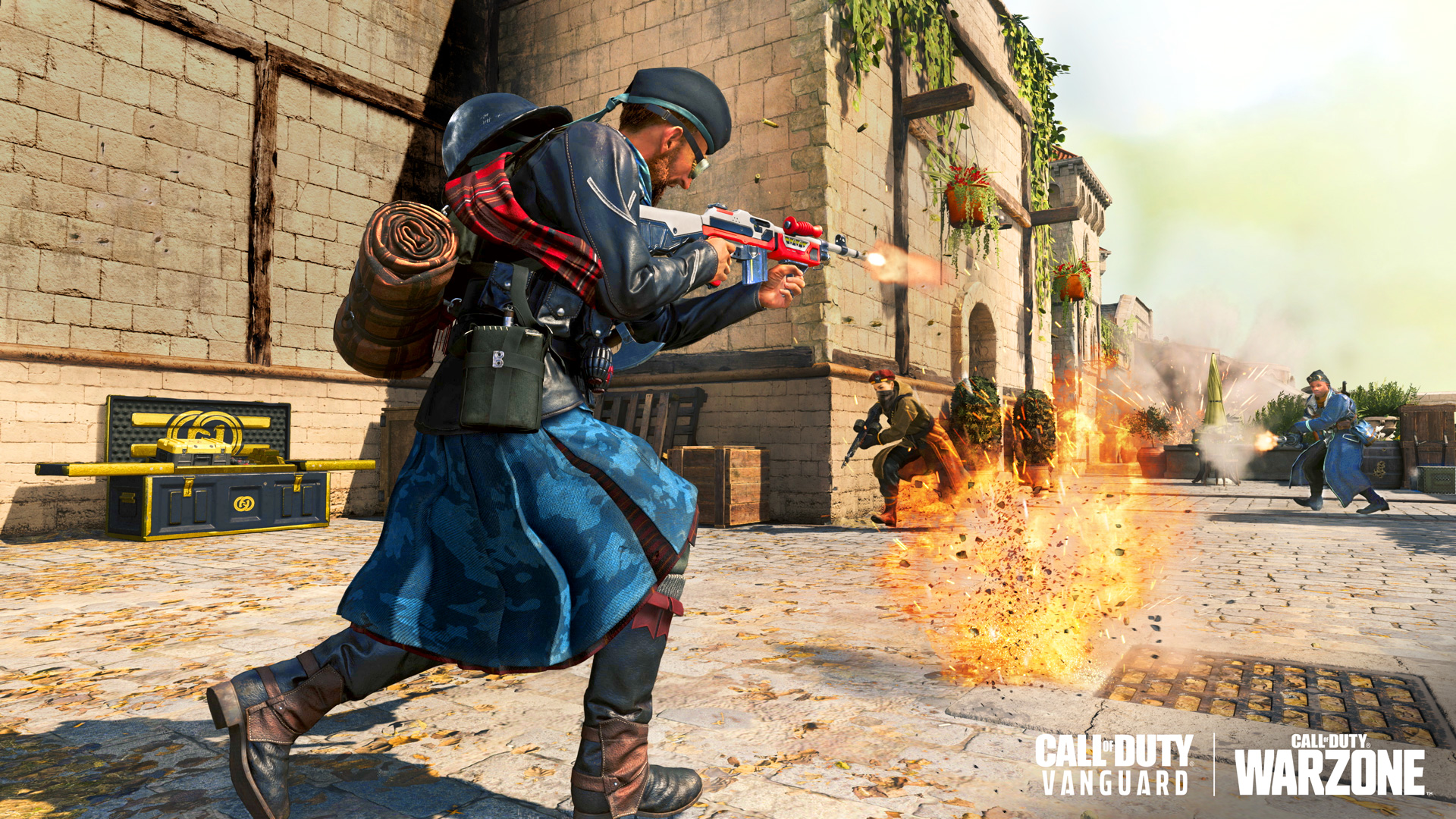 Q – Where do you go from mitigations? What about bans?

While mitigations are certainly the most eye-catching element of RICOCHET Anti-Cheat, those processes are in support of the biggest deterrent to cheating: bans.

Since our previous update, we have issued another 180,000+ bans across WarzoneTM and Vanguard, combined.

According to sym.gg the new SMG can almost WALK faster than the MW CX-9 can TAC SPRINT. from CODWarzone