We’re also bringing along Gunfight Blueprints and continuing 12v12 Moshpit and Snipers Only Moshpit in Quick Play, along with Hardcore versions of Nuketown 24/7, 12v12 Moshpit, Face Off 6v6, and Yamantau + Diesel 24/7. And in Zombies, get your fill of the Cranked 2: No Time to Crank and Onslaught Mystery Munitions limited-time modes, because Season Four will be here before you know it.

Speaking of which… you won’t want to miss the World Premiere of Season Four gameplay during Summer Game Fest starting today at 11AM PT / 2PM ET / 6PM GMT. Get ready to see what’s coming just around the corner! 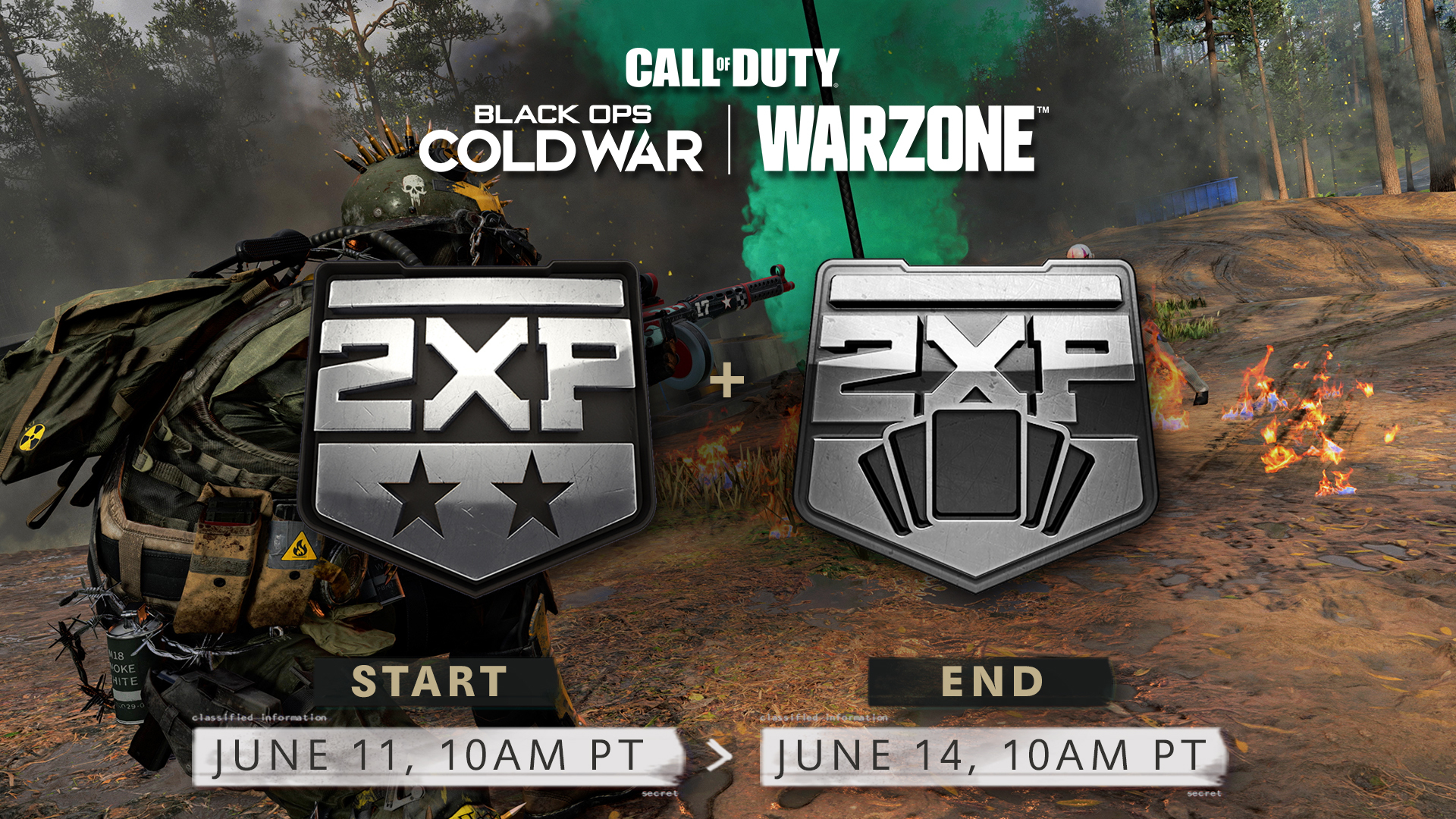 Kicking off at 10AM PT tomorrow, we’ve got a massive Double XP + Double Battle Pass XP Weekend in Black Ops Cold War and Warzone running until 10AM PT June 14th to close out Season Three! If you haven’t reached Prestige Master yet, there’s no excuse now.